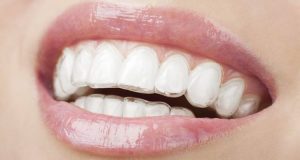 It’s Dr. Wong from HVS in Bellevue and today we’re gonna talk about one of the most common questions we get at the practice: What is the difference between invisalign versus braces?

As you may know those are two great ways to align or straighten your teeth and improve your smile but there’s so much controversy, so I want to share with you my thoughts and some experiences that I’ve had with both so let’s get started.

The easiest thing I tell patients all the time is honestly that braces are just way easier than invisalign and the reason is this: With invisalign you have to take these things on and off, probably six, seven or eight times a day because whenever you’re eating, drinking any of that stuff you take it off, you put it to the side, do your thing and then you gotta brush these things, brush your teeth and put them back in and you do that every time you’re having a snack, having dinner, having coffee, having wine, having something nice. You need to take them off and put it back on. It’s a lot of work, it’s tough and then you have to do that at work, at school and just all the time during the day, so I think that is quite a bit more difficult than just braces. With braces, we glued them on and that’s pretty much it. Then they’re glued on, they’re going to stay on there hopefully for the duration of treatment, so there’s not anything that you have to take on and off. Sure, eventually you’re probably going to do rubber bands but you do rubber bands with invisalign anyway. So yeah, invisalign is quite a bit more difficult when it comes to taking on and off the trays and just the overall treatment. Reason number two why I think braces can be cooler is that sometimes maybe for the kids is you get to change your colors. You’re not doing that with invisalign but you’re doing that with braces. Say, it’s Valentine’s Day which is coming up soon. You can do reds if it’s I don’t know if it’s Christmas time you can do greens and reds. You know you can switch them up and kind of give all these cool patterns.

One of the number one questions people ask me is what colors can they get, so i think that is a big advantage of braces over invisalign. The third thing that i think is more beneficial with braces is you can get started like immediately. I mean you come in for a consultation, you can get started that same day. So, you’ll walk out an hour later with braces that’s how quick it is. You come in, you say cool everything’s really good, you’re walking out with braces. With invisalign even if you think everything looks amazing, we have a nitro scanner so we can scan you right then. Invisalign honestly gets that scan within like a few minutes and we have to go back and forth but it still takes a long time to get your trays. I mean probably the fastest we can get them back is like three weeks-ish, four weeks, or something like that. So, it takes a little while to get started. You’re not going to get all your trays most of the time. You’ll get you to know a good amount of trays but almost always like 90% of the time you’re gonna need another set of trays and so you’re gonna go through your set of trays, will scan you, and then you’re gonna need another set of trays. So, there’s a little bit of this kind of downtime braces you start like I mentioned you start we put them on and that’s it. We’re going to the whole treatment.

So, it’s definitely faster to get started with braces. The fourth reason is that it is easier to have braces over invisalign. Braces can pretty much treat almost anything. If you have a big overbite or big underbite you can treat them with braces. Sometimes you can treat that stuff with invisalign but it is just way more difficult. Definitely, you will have more flexibility with braces rather than invisalign, so if your case is a little bit more difficult, super crowded maybe, we need to take teeth out. Yes, you can potentially do that with invisalign, but it is so much easier to do with braces so that potentially can be another reason why you want to choose braces over invisalign.

The final reason I think it’s probably a good idea to take braces over invisalign is that right now within the next who knows how long we are in a pandemic and what does that mean we are wearing masks everywhere so if you wanted braces and you didn’t want to show them now would be the time to get it because everybody’s wearing masks. You have masks on all the time. Nobody’s really going to see that you have braces.

Alright, guys there you go. That is it, those are my top five reasons why I think you can get braces over invisalign. If you want to know more about things to know when starting invisalign, read our article here!